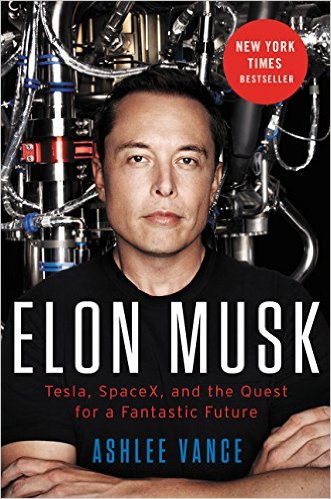 Nowadays Elon Musk is a much talked about public figure because of his revolutionary and trail-blazing companies Tesla and SpaceX. This article won’t be about those companies or the amazing products they churn out. This article will be about Elon Musk’s vision, literally. A year ago I read the book ‘Elon Musk: Tesla, SpaceX, and the Quest for a Fantastic Future‘ by Ashlee Vance and got a taste of what makes Musk’s brain different. He is clearly extremely intelligent and, more interestingly, what I would call ‘visually optimized’. To me, he is the best example of the importance of making sure proper visual brain development is not impeded. Optimal visual development is very empowering and sometimes, as is the case with Elon, enables us to achieve extreme feats. From my perspective, robust binocular vision, visio-motor ability and visual processing capacity are some of the foundation skills that allow him to pursue his dreams. If these basic developmental building blocks have not been laid properly, you can do all the right things for or the right reasons and still be stuck while trying to realize your goals, big or small. 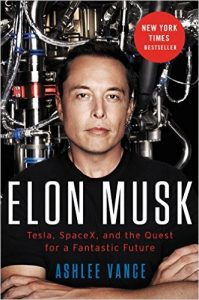 Here’s an excerpt from the aforementioned book so you can get an idea of what I’m talking about.

“Elon exhibited all the traits of a curious, energetic tot. He picked things up easily, and Maye, like many other mothers do, pegged her son as brilliant and precocious. “He seemed to understand things quicker than the other kids,” she said. The perplexing thing was that Elon seemed to drift off into a trance at times. People spoke to him, but nothing got through when he had a certain, distant look in his eyes. This happened so often that Elon’s parents and doctors thought he might be deaf. “Sometimes, he just didn’t hear you,” said Maye. Doctors ran a series of tests on Elon, and elected to remove his adenoid glands, which can improve hearing in children. “Well, it didn’t change,” said Maye. Elon’s condition had far more to do with the wiring of his mind than how his auditory system functioned. “He goes into his brain and then you just see he is in another world,” Maye said. “He still does that. Now I just leave him be because I know he is designing a new rocket or something.”

Other children did not respond well to these dreamlike states. You could do jumping jacks right beside Musk or yell at him, and he would not even notice. He kept right on thinking, and those around him judged that he was either rude or really weird. “I do think Elon was always a little different but in a nerdy way,” Maye said. “It didn’t endear him to his peers.”

For Musk, these pensive moments were wonderful. At five and six, he had found a way to block out the world and dedicate all of his concentration to a single task. Part of this ability stemmed from the very visual way in which Musk’s mind worked. He could see images in his mind’s eye with a clarity and detail that we might associate today with an engineering drawing produced by computer software. “It seems as though the part of the brain that’s usually reserved for visual processing – the part that is used to process images coming in from my eyes – gets taking over by internal thought processes,” Musk said. “I can’t do this as much now because there are so many things demanding my attention but, as a kid, it happened a lot. That large part of your brain that’s used to handle incoming images gets used for internal thinking.”

Computers split their hardest jobs between two types of chips. There are graphics chips that deal with processing the images produced by a television show stream or video game and computational chips that handle general purpose tasks and mathematical operations. Over time, Musk has ended up thinking that his brain has the equivalent of a graphics chip. It allows him to see things out in the world, replicate them in his mind, and imagine how they might change or behave when interacting with other objects. (extremely well developed spatial vision) “For images and numbers, I can process their interrelationships and algorithmic relationships, ” Musk said. “Acceleration, momentum, kinetic energy – how these sorts of things will be affected by objects comes through very vividly.“

The most striking part of Elon’s character as a young boy was his compulsion to read. From a very young age, he seemed to have a book in his hands at all times. “It was not unusual for him to read ten hours a day,” said Kimbal. “If it was the weekend, he could go through two books in a day.” The family went on numerous shopping excursions in which they realized mid-trip that Elon had gone missing. Maye or Kimbal would pop into the nearest bookstore and find Elon somewhere near the back sitting on the floor and reading in one of his trancelike states.

As Elon got older, he would take himself to the bookstore when school ended at 2 P.M. and stay there until about 6 P.M., when his parents returned home from work. He plowed through fiction books and then comics and then nonficiton titles. “Sometimes they kicked me out of the store, but usually not,” Elon said. He listed The Lord of the Rings, Isaak Asimov’s Foundation series, and robert Heinlein’s The Moon is a Harsh Mistress as some of his favorites, alongside The Hitchhiker’s Guide to the Galaxy. “At one point, I ran out of books to read at the school library and the neighborhood library,” Musk said. “This is maybe the third or fourth grade. I tried to convince the librarian to order books for me. So then, I started to read the Encyclopaedia Britannica. That was so helpful. You don’t know what you don’t know. You realize there are all these things out there.”

Elon, in fact, churned through two sets of encyclopedias – a feat that did little to help him make friends. The boy had a photographic memory, and the encyclopedias turned him into a fact factory. He came off as a classic know-it -all. At the dinner table, Tosca would wonder aloud about the distance from Earth to the Moon. Elon would spit out the exact measurements at perigee and apogee. “If we had a question, Tosca would always say, ‘Just ask genius boy,’ ” Maye said. “We could ask him about anything. He just remembered it.” Elon cemented his bookworm reputation through his clumsy ways. “He was not very sporty,” said Maye.”

2 Reading books and talking to people

Reading books, and his extremely well developed vision allowing him to do this very fast and efficiently, is still one of the corner stones of his success when developing companies and manufacturing products. In an interview, available for watching below, he said the following:

“… I had to learn how to make hardware. I didn’t even know – I had never seen a CNC machine, or laid out carbon fiber, I didn’t know any of these things. But you know, if you read books and talk to experts, you can pick it up pretty quickly. In fact, I think people self-limit their ability to learn. It’s pretty straightforward. Just read books and talk to people. Particularly books. The data rate of reading is much greater than when someone’s talking. What is the output rate of speech? It’s like a couple of hundred bits per second, maybe a few thousand bits per second, if you’re going full-tilt. You can do several times that, reading. The main reason I didn’t go to lectures in college was because the data rate was too slow. Why are they reading the textbook to me? Is this like a bedtime story or something? Ridiculous.”

I also didn’t go do lectures because I found it a waste of time, as you have to read the book either way. However, the reading always took me tons of effort and time. Too much to be healthy.

Furthermore, the fact that he likes to read books on his tiny iPhone screen (watch below) gave me further confirmation of his excellent ability for accurate and effortless ocular saccades and convergence on small print. With the brand of Convergence Insufficiency I am suffering from and which I am still trying to overcome through training, this is not comfortable. Even when a Facebook message or newspaper article is slightly too long I have it read to me out loud by my phone. I’m very envious of people who can read very well on all kinds of screens and while moving. It allows for a lot of work to be done when in motion, whenever and wherever. For the moment, reading from a cell phone starts hurting me quite soon. If I add any kind of motion I get a combination of my ‘usual’ eye pain and strain and motion sickness.