As we have seen in earlier posts, to some people Visual Neurorehabilitation comes fairly fast and easy. For others it can take longer due to developmental or surgical complications or injury. If VT takes its time and you seem to be stuck on a subpar functional level for a long time, managing internal and external expectations is crucial. When dealing with neurological vision problems, be it a binocular or processing disorder, managing expectations is extremely important because of their relative invisibility to the uninformed or callous observer or family member. Most hurt comes from wanting or being forced to meet external demands which can not be met with your current level of visual skill.

To keep improving it is important to learn how to pace your (visual) efforts. To exert but not exhaust, to load but not overload, to build rather than destroy a fledgling visual system.

In my case this means accepting that I am incapable of consistent performance and need to accept a lot of off-time. I need to accept that I can’t read much at all without audio assistence. I also have to take into account that being mobile (by foot, bike, car, train, tram, …) wears me out and will affect other types of performance. Recovery from exerting my visual system, be it by reading, moving around, or whatever, is much slower, making it necessary to plan for breaks, naps and up to ten hours of sleep a night. 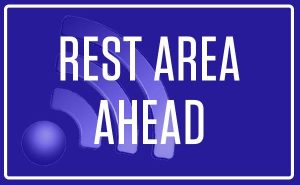 The point is to slowly train and build the new and upcoming visual skills, respecting  current proficiency levels, rather than being too greedy and wanting to perform like a normal person. Patiently pacing your efforts is key.

“Pacing has two components: monitoring your stress and energy level, and then pacing yourself accordingly. It is about awareness and vigilance; knowing when to extend yourself and when to ease up. It is also about acting on the information your body gives you. The best visual tool I have seen to understand this is a diagram I learned from Dr. Peter Nixon, a British cardiologist. The diagram illustrates some important points:

Read more about pacing and stress management on: http://www.mentalhealth.com/mag1/p51-str.html#Head_1e