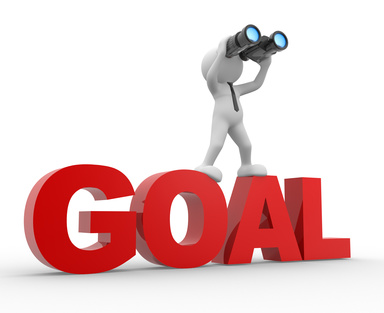 Much of VT comes down to setting small but attainable goals for yourself and then reaching them. Then doing that again, and again, and again. Three years ago a goal would be ‘any reduction of the strabismus angle is a win’. The first two years I would systematically halve my strabismus angle until I saw my first single image in years. After that, I would have to solidify by increasing binocular motility and improving my vestibulo-ocular reflex (VOR) so single vision can be sustained while moving. That’s what I’ve been doing the last year and a half.  Managing the drama, engineering my own brain and putting more wood behind fewer arrows seems to be paying off. So far, so good.

- Eliminate Convergence Insufficiency and Divergence Insufficiency. My viewing for mid range distances between 2m to 10m is getting more and more comfortable. That’s why driving is not thát taxing anymore. I’m not too worried anymore of running out of energy behind the wheel and relapsing into double vision. I’m not venturing any road trips yet but at least I can drive somewhere for 30 minutes, enjoy an activity and drive back without going to my limit. Good start.

What remains to be conquered are the very short and, albeit less urgent, long distances. Most of all, I want to get rid of my Convergence Insufficiency by next summer. At this moment reading is still a problem, along with computer work and even using a cell phone.

Two days ago my cell phone died and I had to buy and configure a new one. It’s not very complicated but it’s just a tough convergence job. That’s just one example. Of course, not being able to read with ease leaves one stranded on a much broader level. Reading should be a basic skill or you are left to the wolves. Even for someone as well-informed as me it’s easy to get worked up and frustrated about this inability to accomplish ‘easy’ tasks without great physical discomfort. Fortunately, I know exactly what’s wrong and I’m very aware of what I have to do to fix it. Namely, be patient and work on it gradually. Achieving comfortable reading will be a major liberation.

– Be able to seamlessly use spherical flippers up to +-2 and prism flippers up to 4 diopters. My ultimate ambition is to be able to do this even while bar reading. Bar reading, c’est mon dada.

These flippers make tasks artificially hard and require great visual flexibility. If you can handle these flippers while doing all kinds of visual tasks your visual system is working quite ‘effortlessly’. If I would manage to eliminate the CI and handle these stressors, my afferent visual system will be strong enough to supply the visual cortex with a robust and high quality visual information stream. THAT’S THE DREAM, DUDE! Hahaha. No seriously! Since stereovision is first generated at the level of the visual cortex, it needs to be well supplied. If the afferent pipelines to the visual cortex can be firmly established, the supply of solid visual information will broaden my binocular visual field of focus (as opposed to tunnel vision) and hopefully generate some stereo. Then we can finish and solidify the process by further strengthening the link with the dorsal ‘where and how’ stream and the ventral ‘what’ stream. These visual improvements will in turn supply the motor side of things with more accurate information to base (eye) movement upon. Once that happens the downward cycle has been turned into an upward one.

- Stereovision
If I’m lucky achieving the first two goals will lead to this result. The magic might just be around the corner.

- 75kg
I used to weigh 73kg. For the last three years I’ve been stuck at 68kg after losing a lot of weight due to circumstances. Nowadays I’m entering the seventies again but I need more reserves, especially since 73kg was on the skinny side of the spectrum already, considering my height. I’m eating a lot of good food and staying fairly calm so I should just continue to gain weight from now on. I think we’ve had the worst.

- Running 5K under 20 minutes again
Accomplishing the aforementioned goals will be a tough job. Even if it would be accomplished by December 2015 rather than July 2015, I’d still be happy! On the other hand, if it would go unexpectedly swell and it would work out faster than I’d hoped, I’d like to participate in a 5K run again. A month ago I ran 5K after a long period of inactivity and I did it in 22min50′. My biggest problem while running was vision. Yes, that’s right! By the end of my run I was getting motion sick for lack of visual stability. I started closing my eyes during the final patches of my run and that felt much better! When I get carsick in the backseat, I also close my eyes. For the moment, that’s the best way to eliminate the incongruity between visual and other sensory input.

“The intrinsic role of vision in counterbalancing gravitational forces and in visually guided movement is reflected in clinical tests of standing and walking balance. Separate scores for times executed with eyes open and eyes closed help differentiate the contributions of visual input from the somatosensory and vestibular input. Under normal circumstances, the ability to offset postural sway is significantly better with eyes open as compared with eyes closed. A patient with ABI who has compromised antigravity processing due to visual imbalance will have little difference in their ability to maintain balance with eyes open versus eyes closed. When vision is interfering with, rahter than supporting balance, the patient may even initially exhibit better balance with eyes closed as compared with eyes open.” – Vision Rehabilitation

As a 14 year old kid I’d run 5K in 18min50. If it weren’t for all this ophthalmology and surgery nonsense, my performance would be peaking right now. I honestly think that if I can accomplish the above goals, I’ll just go back to ‘my natural state’ and run it in under 20 minutes again.

Many of these goals are actually not separate goals. Many of them would be happy consequences of increased control of my vision. Improved visual enjoyment, reading, productivity, sports performance, …  Continuing to develop my vision is the lever to make all of this happen.

I still believe these vision problems are just a bump in the road. A bump maintained by people who have a stake in it. Everyone, including my behavioral optometrist, had written me off but nowadays it seems I’m considered a ‘feasible case’. We’ve already done the impossible so I’d like to finish by doing the possible.