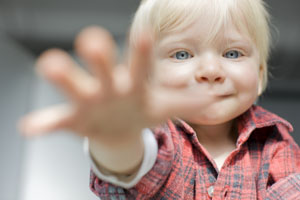 I had another training session on Tuesday. I did more ‘feeling depth’ in anaglyph pictures by reaching out for them with my fingers. It’s very exciting how that keeps working. This practice also enhances physiological diplopia. That makes sense given that this ability is based on positioning your eyes correctly, seeing the object of interest single and everything after it double. When my hand is singled out and the object of interest is singled out, that’s where it should theoretically be in space. It isn’t really, because it’s just an anaglyph stereogram of course. That sounds pretty obvious but it wasn’t when I first started doing this exercise. It takes accuracy.

I’m so astonished by the fact that this is starting to work out for me. My training optometrist/vision therapist Sofie (as opposed to the supervising optometrist who does the check-ups) said: “Yeah, just trust yourself. That’s how it should be.” After all these years of double vision, it’s hard to trust my vision. The illusion of seeing is believing is gone. It feels like it was all just one crazy conspiracy designed to screw with me. So I guess trusting myself would be a good start. In this spirit, my brain is finally starting to interpret the normal alignment of the visual axes. Sweet.

Of the supervising optometrist I already knew from the very first meeting he thought my case was hopeless and I should not even start training, but Sofie had never said this with so many words.  She’d always been patient. For the first time she now admitted: “I never thought you would ever get to this stage of correctly interpreting stereograms by reaching out for them.” There’s always been progress but this new feat is very outspoken. It’s added functionality and that is what we have been laying the groundwork for all along. I like it. It’s like the first time you used WiFi. It’s awesome and incredible, yet it’s ‘normal’.

Earlier, when listening to the book ‘Phantoms in the Brain’, I was struck by an anecdote very similar or related to using fingers to sense depth and develop binocular depth perception.

“… Many stroke patients, like Bill, with dyscalculia also have an associated brain disorder called finger agnosia: They can no longer name which finger the neurologist is pointing to or touching. Is it a complete coincidence that both arithmetic operations and finger naming occupy adjacent brain regions, or does it have something to do with the fact that we all learn to count by using our fingers in early childhood? The observation that in some of these patients one function can be retained (naming fingers ) while the other ( adding and subtracting) is gone doesn’t negate the argument that these two might be closely linked and occupy the same anatomical niche in the brain. It’s possible , for instance, that the two functions are laid down in close proximity and were dependent on each other during the learning phase, but in the adult each function can survive without the other. In other words, a child may need to wiggle his or her fingers subconsciously while counting, whereas you and I may not need to do so. …”

This excerpt demonstrates the intimate interaction of seemingly unrelated neurological functions during developmental processes. Body image, (ocular) movement, counting, seeing, whatever… They all cross contaminate each other and create synergies. Right now I have to use my fingers to judge depth in a similar fashion as a kid learning how to count with his fingers. As I’ll develop further and my vision matures, dependence on finger reference will decline. For now however, it’s all still highly connected. That’s why it’s obvious that if I want to see better, the movement of my eyes and their integration in a moving body will have to be perfected further. Nonetheless, it’s not only about getting both eyes to work together. It’s about getting the two sides of the body, notably the two brain hemispheres, to work together. That’s a tough job and that’s why I’m tired a lot of the time. Unlike a normal job, this job goes on every waking hour. Even though it’s exhausting, I’m very excited about it. The elimination of Convergence Insufficiency and the integration of balance, proprioception and other senses are now entering a critical phase.

In order to integrate my visual streams, vestibular system and proprioception, I’m trying to move a moderate amount every day. Biking, walking, two-footed football juggling, … Not brute force movement, but activities that emphasize (eye) movement, balance and taking in the environment. It makes me kind of dull and tired afterwards as my visual accuracy diminishes but it’s beneficial in the long haul. That’s training. Stress yourself, get a little worse and tired and then get better. In contrast to the twenty years that have come before, this time there is a clear plan and a road to follow. My eyes have never been on the verge of permanently aligning themselves, making it possible to integrate all these factors for the first time since I was three years old. If all these sensory input streams start completing each other instead of competing with each other, I will be set up for life.

More about sensory integration over the next few weeks and months!